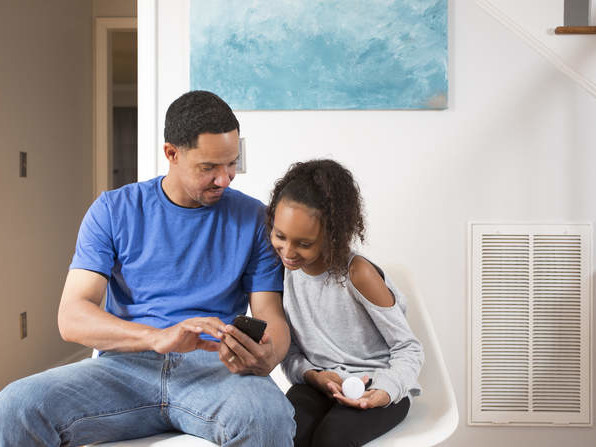 The close-to-30 startups that presented at an event held by accelerator Plug and Play in Sunnyvale, California, this week were, for the most part, focused on applying technologies to big energy challenges. Entrepreneurs took the stage and pitched ideas around creating better batteries, managing an influx of electric vehicle charging infrastructure and demand, and using artificial intelligence to make building energy and solar work better.

It’s always refreshing to attend a Silicon Valley startup event with (gasp) actual investors and corporates in the audience, and see companies referencing climate change and carbon emissions in their presentations. Plug and Play, which is uniquely focused on connecting startups and larger companies, is one of the rare incubators that has an “energy and sustainability” track with dozens of viable startups in it.

There was no lack of big ideas and also, quite frankly, heart on display. One co-founder of a company — battery startup Salient Energy CEO Ryan Brown — quipped in his pitch that prior to when he co-founded the company he’d spent a year working in investment banking before he “discovered my soul.” Love that. Although Brown probably will have to revisit that sentiment if he needs to raise a lot of money or go public.

Plug and Play is one of the rare incubators that has an ‘energy and sustainability’ track with dozens of viable startups in it.

Here are five of my favorite companies, ideas, and pitches from Plug and Play’s energy and sustainability-focused track:

1) Breezi: The company’s tagline touts its fitness tracker for HVAC systems. While I’m not sure consumers will buy into getting a sensor gadget for their heating, ventilation and air-conditioning equipment (particularly at $50 a pop), I really liked the technology and idea behind this product.

It’s a small sensor gadget that you insert into the HVAC air filter (just push it through anywhere). Breezi uses audio sensors and AI to determine what exactly is going wrong with the system. The company’s app can make suggestions about when the filter needs to be changed and suggest other best practices for making HVAC as efficient as possible.

Brent Parsons, Breezi’s consumer product manager who pitched at the Plug and Play gathering, said that company’s team has a background in predictive maintenance and vibration studies and is doing pilots with utilities and insurance companies. The sensor is called AirPulse, and there’s a refrigeration-related one in the works as well called CoolPulse.

is it a coincidence that the company’s website and product design looks a lot like Nest (owned by Google)? Probably. But maybe it’d be a good Nest/Google acquihire.

2) Constructis: One of the more unusual startups I’ve encountered, the company makes devices that are placed on roads and collect kinetic energy as vehicles drive over it. Think of it as a smart speed bump that harvests vehicle energy. It’s also an Escondito, California-based veteran-owned company, so how’s that for different?

The amount of energy collected by the road device might be so small that it’ll be hard to justify the investment of putting out the infrastructure. But on a much larger scale, with a lower cost of production and energy generation, this type of thing could be valuable.

3) Qlair: The reason I like this product is because I desperately want it for my own home. Indoor air pollution is something that no one really thinks about unless they live in: an older apartment with multiple floors and units; or — a big city in China, India or another Asian country. Hello, hundreds of millions, if not billions, of people.

In big cities in China, the idea of an air quality “event” isn’t all that uncommon. That’s when the air quality gets so poor that cities advise residents to stay indoors and turn their air cleaning systems on. Qlair CEO Ellie Amirnasr said at the Plug and Play event that the startup’s air pollution forecasting system can predict poor air quality events eight hours in advance and can prevent residents from having adverse reactions such as asthma attacks.

4) WeaveGrid: While I wasn’t able to see WeaveGrid’s pitch — as it was late in the afternoon — I got to chat with WeaveGrid’s Apoorv Bhargava in the lunch line and got the gist. The company taps into electric vehicle charging data and can optimize EV charging for customers such as utilities.

Some neighborhoods are facing major overloads on grid gear in certain locations because of pockets of Teslas plugging into the grid at 6 p.m. when residents get home from work. WeaveGrid dynamically can manage the charging of the EVs in regions and use the data collected to help residents make smarter charging decisions. In that respect, you can think of this product as akin to an Opower demand response device, albeit one specifically focused on EV charging.

5) HST Solar: This startup is actually a pretty mature company, having been part of Elemental Excelerator and founded four years ago. Co-founder and CEO Santanov Chaudruhi said during its pitch that HST Solar would be profitable this year.

The company builds solar software, including one app that uses AI to design utility-scale solar farms. A solar developer can design the layout of a solar farm — which might have thousands of panels — across various landscapes and around barriers such as trees or hills. Chaudruhi said that designing these solar systems using the AI software can make the solar farms have a 10 percent to 20 percent lower cost of energy than when the solar farm is designed manually.

5 Important Things to Consider Regarding COVID-19 and Air Quality

Qlair is Preparing Buildings to Reopen with Clean, Safe Air